Life After Banking -The skills gained in investment banking are a strong foundation for many future career paths and this is a brilliant read for any junior investment bankers wondering where these skills could take them. 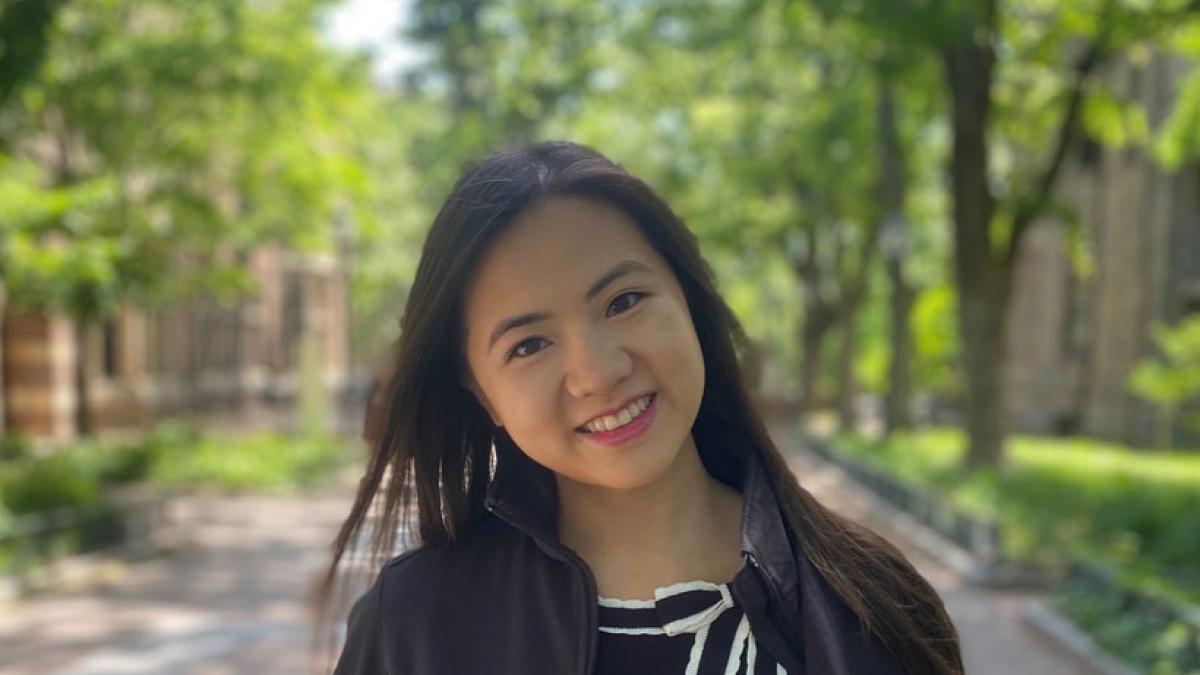 Chelsea graduated from Oxford University in 2011 and spent almost 6 years in Barclays’ FIG investment banking team.  After completing her MBA at Wharton earlier this year, she’s now embarking on a career in tech and loving her new role as a Product Manager for Pocket Gems in San Francisco.

How did you find yourself working in banking and FIG in particular – was it an active decision?

I went through what was a pretty standard recruiting process for banking - I did Economics and Management in undergrad, and then recruited for summer internships and took my full-time offer from my summer internship.  I chose banking because I thought it was a good fit for my analytical mindset, and honestly really enjoyed my internship.  As for FIG in particular, that was less of an active decision - I didn’t have a specific sector in mind during recruiting, but I really liked the members of the FIG team that I met, and my internship reinforced that decision.

What made you decide to do an MBA and why did you choose Wharton? How useful were your banking skills during your MBA?

I had been considering for some time a pretty dramatic career shift away from finance and into tech.  Part of that was because I wanted to facilitate a return to the US and to California, and part of it was because despite really enjoying the work, I ultimately didn’t view the banking lifestyle as sustainable, particularly as I got older and my priorities shifted towards family and having more control and flexibility in my schedule.  The MBA seemed like a good opportunity to make that career shift, plug some of the holes in my experience and skillset, and also build up a network in the US.  I was sold on Wharton after attending the Welcome Weekend and meeting all my incredible fellow admits.

What advice would you give to someone considering an MBA?

I would think very clearly about what you want to get out of your MBA.  Once you’re there, you’ll be overwhelmed by the sheer amount and variety of things that could take up your time, whether that’s social activities, international travel, academics, recruiting, or entrepreneurship.  I think having a clear vision of what I wanted to achieve at the end of 2 years (a career shift into tech) definitely helped me navigate that and prioritize.

What have you found the main benefits of your MBA to be?  Has it improved your network for example?

It definitely significantly improved my network - I met such an amazing cohort of classmates who are now going on to do really interesting things.  The alumni network is also very supportive and responsive, and helped a lot while I was recruiting.  The process of applying for and doing my MBA was also a great time for me to recalibrate and really reflect on my priorities and the direction in which I wanted to take my career.  During your MBA, you get exposure and access to many resources and people that you wouldn’t otherwise have access to, whether that’s alumni who are founders of multi-billion dollar companies, or small group chats with people who are pioneers in their respective industries.  That really opened my eyes to a variety of topics outside of finance and helped to inform what I wanted my path going forward to be.

Your role now seems a long way from that of a FIG banker – how did you find your current role and can you tell us a bit about what you do now? Were they specifically looking for the skills/experience you developed in banking?

I am currently a product manager at a mobile gaming company.  I essentially brainstorm, prioritize, and lead the implementation of new features for our game.  I found the job actually through a LinkedIn posting, and while they have hired people from professional services (consulting, mostly) before, it was still a bit of a hard sell given my lack of experience in both the product role and also in tech.  I think ultimately I got the role because I convinced the team that I was passionate about games and my analytical and project management skills would transfer well from banking.

What’s the mix of people you work with now?  How does the style of working differ from your banking days?

The company is less than 300 people, and many of them are engineers and game / UI designers rather than people on the business side.  It’s definitely a very entrepreneurial environment where you are given a lot of responsibility and leeway to drive the roadmap for your game.  I would say the biggest difference is that it’s a more casual, creative work environment - we make games after all!  We rarely use email (we communicate mostly via Slack), the structure is very flat (there are different levels of product managers, but mostly we are given free reign to work on our features and the only difference is in how big the features are), and we’re genuinely encouraged to voice our ideas and think outside the box.  The hours are very flexible as long as you get your work done, and we have unlimited paid time off, which we’re encouraged to take regularly.

You spent most of your career in London.  What drove the move to San Fran and how does it compare? Anything you miss about London?

I’ve missed the Californian sun!  My family is also all in the Bay Area so I really wanted to move back to California to be closer to them.  However, due to COVID, we’ve all been remote since March, and I’ve actually relocated down to Los Angeles for the space and the outdoors.  It’s a very different environment - everyone is casual, active and outdoorsy and I spend a lot of time outside in shorts and flip flops (a massive change from my banking days!)  I think the thing I miss most about London is being around people that care about football to be honest, but otherwise I’m content.

What’s been the best career advice you ever received?

Don’t self-limit.  I used to be very timid about the job opportunities I applied to, thinking they wouldn’t consider me because I lacked experience.  I think the MBA program helped a lot with this, because you’re around people with such diverse backgrounds and you start realizing that people’s careers aren’t linear in that you do x and then the next logical step is y.  It’s given me a lot of confidence to pursue whatever opportunities interest me.  I’m not exactly a classic background for the product role that I’m in now, but I’m thankful it worked out because I love my job!

You seem in a good spot – would you have done anything differently in your career?

I think honestly banking is a good “starter” job for many people, and for some it’s a good career.  As it turns out, being a career banker wasn’t the right path for me, but it definitely taught me a lot of very valuable and transferable skills, so no, I don’t think I would have done anything differently.  Pocket Gems thinks of the product role in three parts: (1) project and team management, (2) analytics, and (3) game design.   My experience in banking made me good at (1) and (2) - two for three, not bad!

There is a big push on diversity in banking at present but it remains a very male heavy industry – what if anything do you think banks should do to attract and retain female talent?

I really think it’s difficult.  I think the biggest barriers I faced would have required more systematic change, not just in individual banks but across the business world and the population at large.  For example, there’s a sense that you’re heavily disadvantaged if you take time out for maternity leave, which is especially necessary for new mothers because of the physical demands of carrying and bearing a child.  In finance things move on fast, and if you’re out of contact with your clients for 4-6 months, it’s difficult to just jump back in later on.  It’s also hard because as a society, we continue to expect women to be the primary caregivers, which is just not compatible with working in a demanding role like banking.  Additionally, at least in FIG, our clients tended to be white and male, and it just feels like you have to work a little harder to build that relationship with the clients as a female and a person of colour because of the difference in background and life experiences. 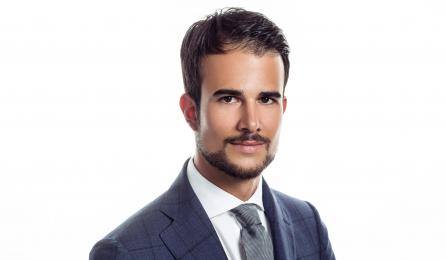 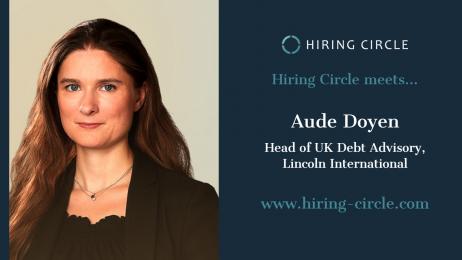 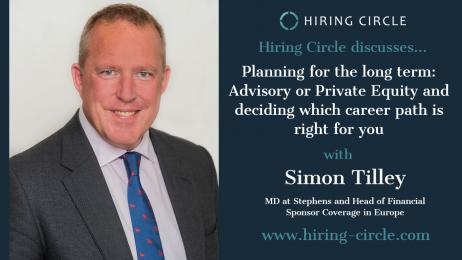 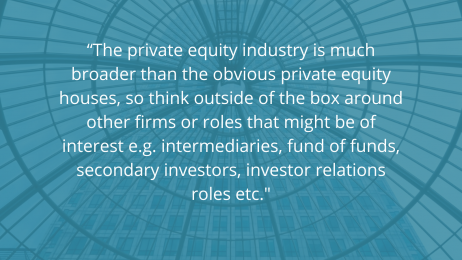 Career Advice from our Network: Part 3 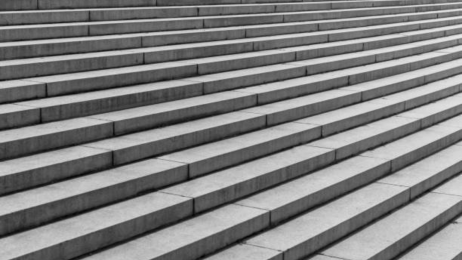 Career advice from our network: Part 1 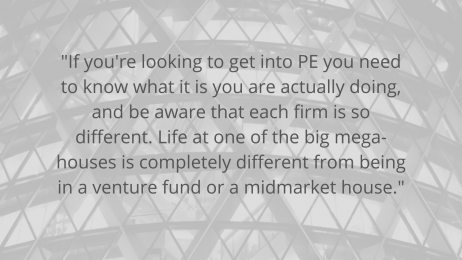 Career Advice from our Network: Part 2 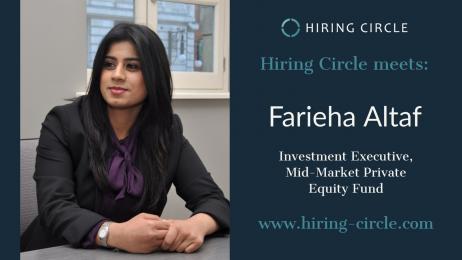 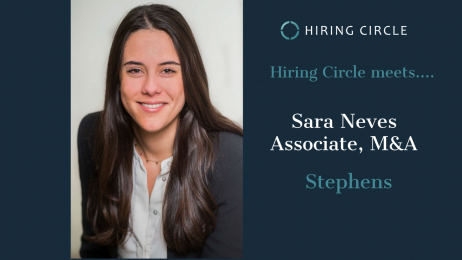 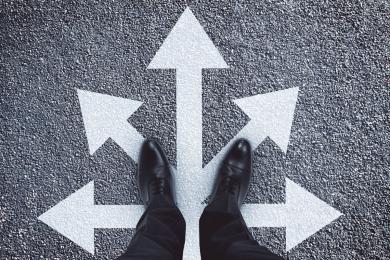 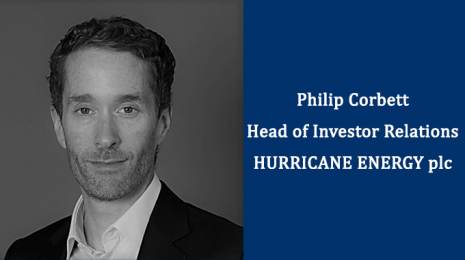